Join established ceramicist Sandra Bowkett at her home studio in Tallarook. Experience the spectacle of her hand-built bourry box kiln firing at dusk accompanied by an exclusive studio tour and artist talk.

This event has very limited places available with a capacity of 15 bookings. Don't miss out!

Access to Sandra's property is via an unsealed, dirt road. Access and location details will be sent to registrants only ahead of the event.

Sandra Bowkett has developed her ceramic practice for over three decades. Her ceramic journey has moved from the Australian Japanese/European aesthetic student years, to colourful tableware of the 80s and 90’s (including a period of obsessive decal detail), then a period of simple porcelain vessels decorated in elemental oxide motifs. Since 2002 she has worked with Rajasthani potters, and in 2012 these connections lead to a three month Asialink residency. This was pivotal to her current practice. Under the tutorage of village potters, she developed a new way of making which has lead to a loosening aesthetic of thrown forms. This education was also the catalyst for building her wood firing kiln, the newest element in her work.

My first wood firing was whilst studying at Caulfield Tech (Monash) in the early 70’s. The experience kindled a small dream of one day having a woodfire kiln. After many urban studios, finally settling in the Tallarook ranges on a heavily wooded property enabled that dream to become a possibility.

Inspired by my Rajasthani potter friends, who were always incredulous at the resource lying around unused, it finally clicked for me. Living with a remote power system off an unsealed road, firing with local wood became a logical and practical choice. I like its self-sufficiency; I can collect wood when it suits. Though it is sometimes left to the last moment, at least I know that the fuel is there. Collecting wood from our own property is also a way to minimise fuel load in critical places where bush fires are a constant summer concern.- Sandra Bowkett 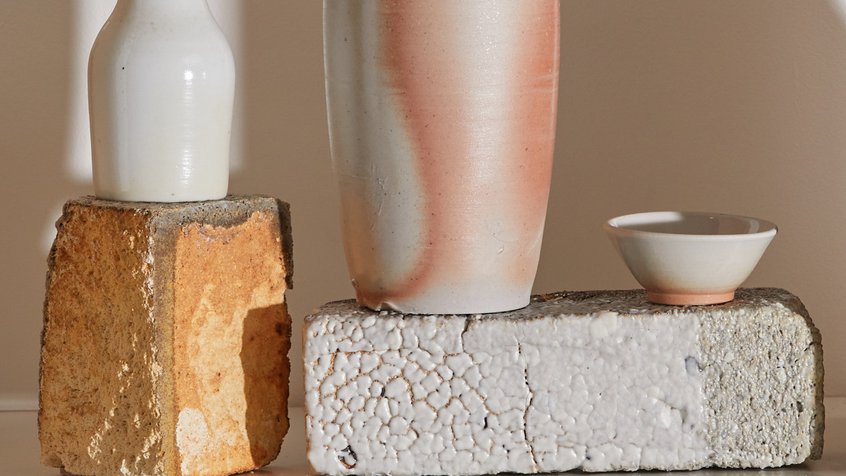