'Everywhen' refers to the spirit manifested at any or all times, represented in the living land, culture and creativity of First Nations people. It is an expression of what has otherwise been labelled 'the Dreaming' and is a denial of the linear narrative inherent in settler time/histories.

In the words of Dr Stephen Gilchrist, a Yamatji curator and theorist: “The Dreaming does not merely preserve the past. Rather, it speaks of the eternal becoming. It is the totality of Indigenous knowledge and its future potential, made alive through both its immediate and continuing transmission. Gesturing insistently towards the future, the Dreaming pushes ancestral memory into the present.”

Into the Everywhen is a rumination on this idea, with the exhibited works functioning as a testament to the myriad creative forces of contemporary Aboriginal art and philosophy.

By subjugating western notions of time and instead employing Aboriginal perspectives, we as a collective, are able to see our surroundings and the cultures of this island land with clarity, as multitudinous and ever present.

This exhibition is a space in which people with Aboriginal heritage take charge of their own narrative, drawing deeply from the rich and multifaceted wellspring of Indigenous knowledge and creativity. Where the hierarchies of craft and fine art are broken down in lieu of something more honest.

The diverse range of mediums and modes of expression within this exhibition articulate and embody the philosophy of the Everywhen, bringing a sensory reminder of what Always Was, and Always Will Be.

Into the Everywhen is curated by interdisciplinary Yorta Yorta artist Shahn Stewart and curator, writer and painter Eden Fiske. Shahn and Eden are the duo behind Alchemy Orange, an Aboriginal-owned creative business with a practice rooted in floristry and botanical art. Alchemy Orange also extends its focus beyond these perimeters to encompass a collective and multidisciplinary approach to contemporary Aboriginal art.

Craft Victoria respectfully acknowledges The Wurundjeri People Of The Kulin Nation, the traditional custodians of the land on which we meet, exhibit and celebrate craft. We pay our respects to their elders past, present and future. 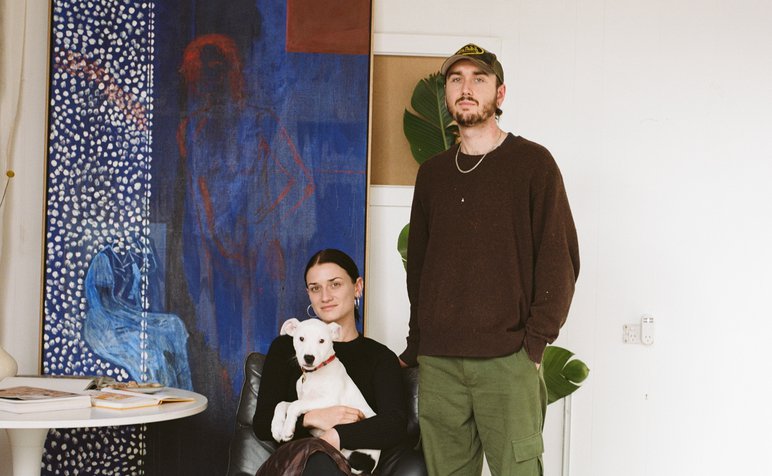